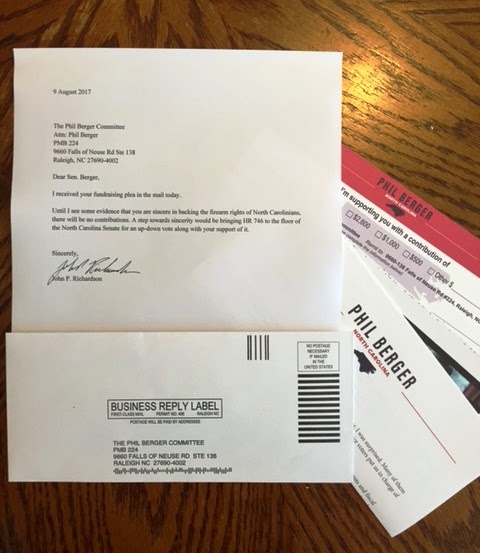 The proper response to any of these supposedly pro-gun Republicans asking for money is NO. As I said in my response to Sen. Berger, I wanted to see action and that means both bringing bills to a vote and an affirmative vote.

Any damn fool in Congress or a state house can introduce a bill. It doesn’t mean it has a chance in hell of being passed. That is just a means of appeasement.

HB 746 is languishing in the North Carolina Senate waiting to be sent to the floor. Meanwhile, both national reciprocity and the Hearing Protection Act (or its variants) have not made it to the floor of either chamber of Congress. It is long past time for the state and national GOP to reward some of their most faithful supporters with passage of pro-gun legislation. Until I start to see some action, my checkbook stays closed.