Today marks the 243rd anniversary of the Battle of Lexington and Concord. The impetus for the battle was the attempt by the military governor of Massachusetts, Gen. Thomas Gage, to seize the arms and ammunition of the militia. Gage had been ordered by Lord Dartmouth, Secretary of State for the Colonies, to disarm the militia. 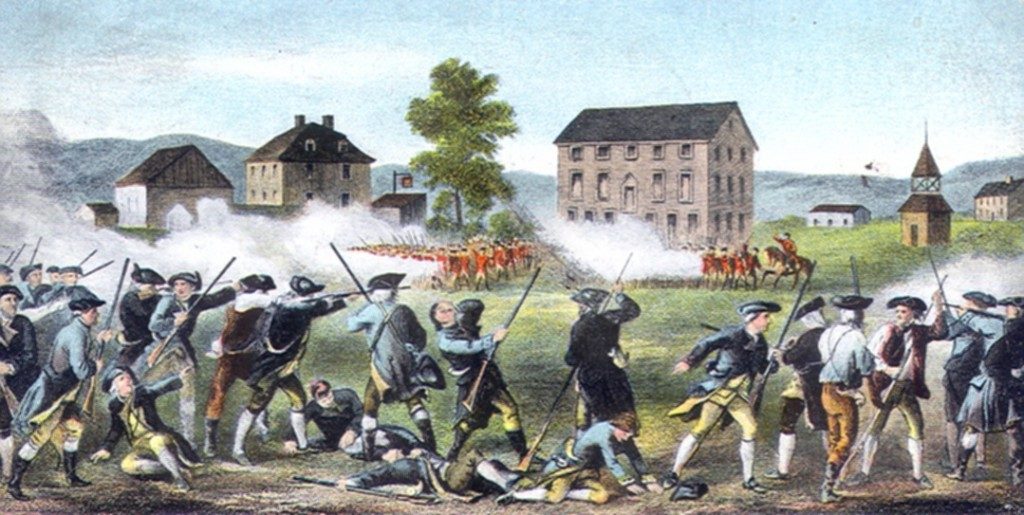 As I noted on the 242nd anniversary, the colonists were fighting to preserve the right to keep and bear arms that was one of their rights as Englishmen since at least 1689. Since the school shooting in Parkland, Florida, our right to keep and bear arms has been under continual attack. Moreover, some of these attacks have been led by our ostensible friends such as Gov. Phil Scott (R-VT) and Gov. Rick Scott (R-FL).

It doesn’t matter if it is raising the age to 21 to purchase a firearm, bump stock bans, restrictions on standard capacity magazines, extreme violence protection orders, universal background checks, or what not, these laws and regulations are intended to destroy our rights and to destroy the gun culture in America.

I imagine the men of Captain Parker’s Company of Militia were scared as they assembled on Lexington Green. There were only 80-some of them facing about 700 or so British regulars and Royal Marines. Nonetheless, they were willing to face off against the greatest army of its day. If we can’t stand up to a coterie of freedom-despising billionaires, their PR flacks, their media allies, and their trained-bear-act teens, it is a sad day for America.