Josh  “I invented the term Assault Weapon” Sugarmann’s Violence Policy Center is taking note that the NRA Annual Meeting starts on Friday. They have come up with a graphic asserting the Annual Meeting is showcasing “manufacturers of mass shooter’s weapon of choice”. 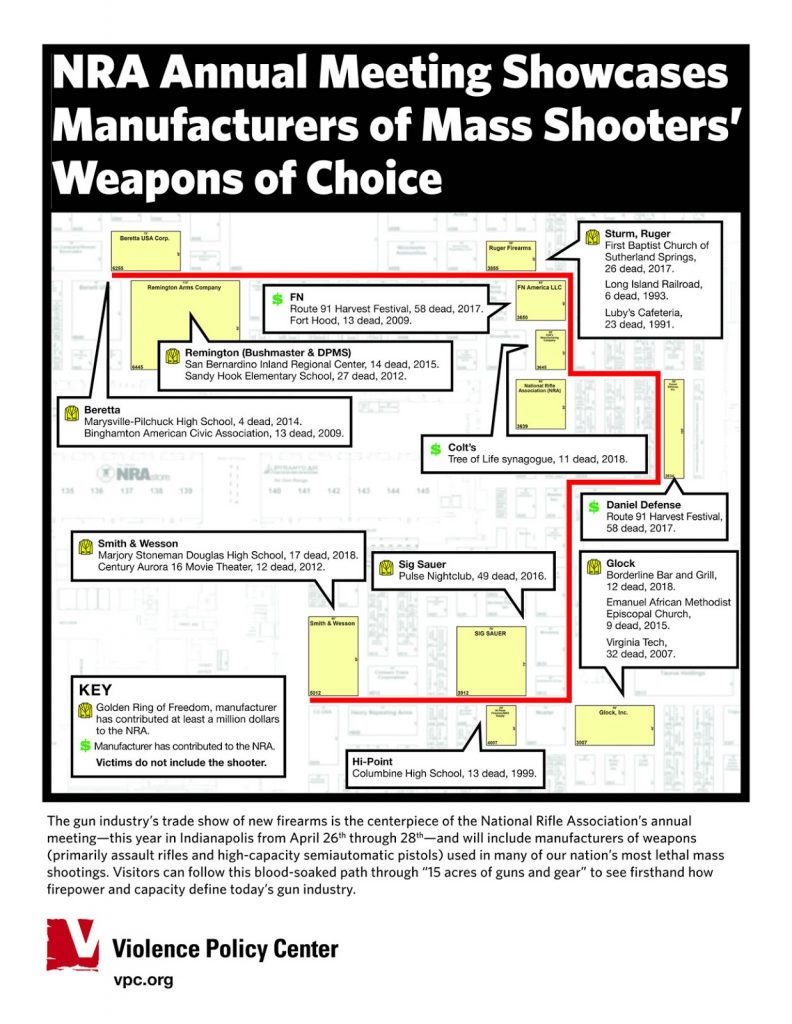 Normally, I appreciate a good infographic. This is just weak stuff.

More interesting is what they fail to show. I believe the terrorists who killed 130 concert goers at the Bataclan Theater in Paris used AK-47s. Likewise, I believe the Islamic terrorists that attacked the Taj Hotel in Mumbai and killed 165 and wounded over 300 used AKs. This does not even begin to approach the total number of people who have been killed in mass murders with bombs and arson.

More importantly, this graphic fails to take in account the number of defensive gun uses using the firearms produced by these manufacturers. I’ll be gracious and even include Hi-Point in that list.

The graphic also fails to specify which of these locations was an officially gun-free zone. Just glancing over the list I see that most of them qualify.

They put this graphic under their “Investigating the Gun Lobby” banner which is devoted to the National Rifle Association. The actual official gun lobby is the National Shooting Sports Foundation which represents manufacturers. Moreover, if you want to get more expansive, every one of us who supports gun rights is the gun lobby. It isn’t only an organization in Fairfax, VA.