Below is the joint letter from then-NRA President Oliver North and then-First VP Richard Childress to John Fraser, NRA General Counsel, and Charles Cotton, Chair of the NRA Board’s Audit Committee (and now First VP), regarding the payments to the NRA’s outside counsel William Brewer III.

Another board member who shall remain unnamed told me that Brewer could become the NRA’s biggest vendor – more than Ack-Mac – if things keep going this way. He also was very dismissive of his legal abilities, he had concerns about his ethical issues, even more concerns about his sway with Wayne LaPierre, and characterized him as a hustler. A friend who is an attorney in Dallas where Mr. Brewer is located said Brewer was “an asshole”. I will make no judgment on his legal competency as I’m not a lawyer but would say you could get some of the best lawyers in DC like Paul Clement and the firm of Cooper and Kirk for probably less.

The nine page letter is below: 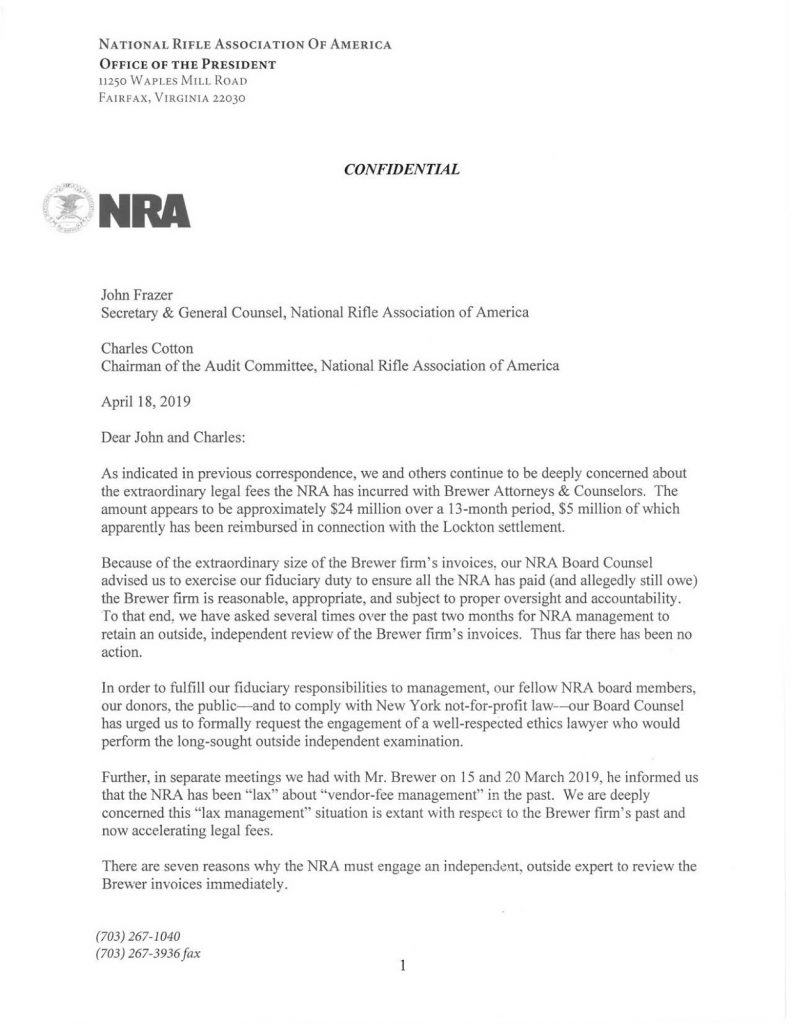 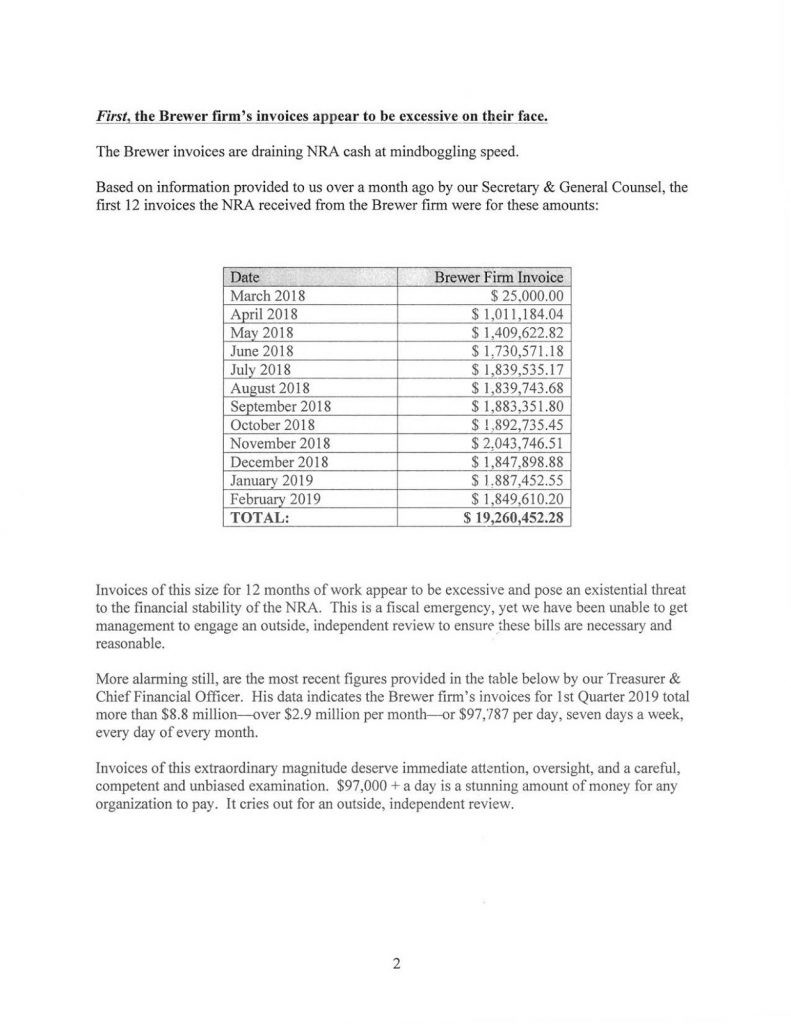 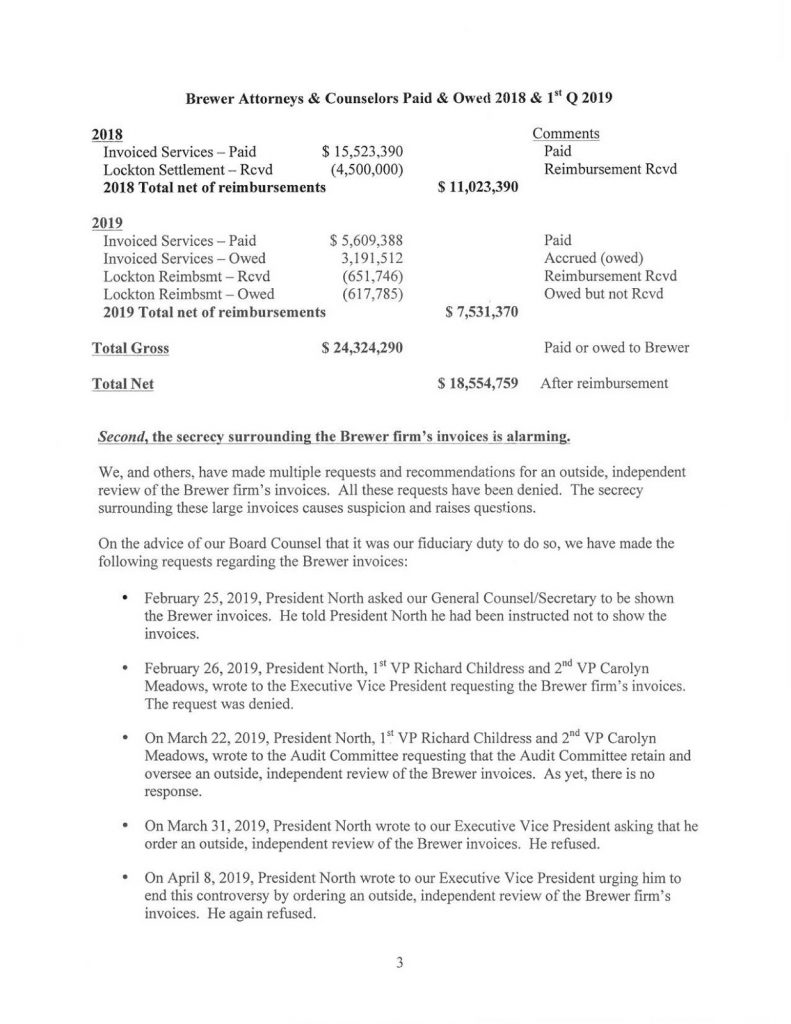 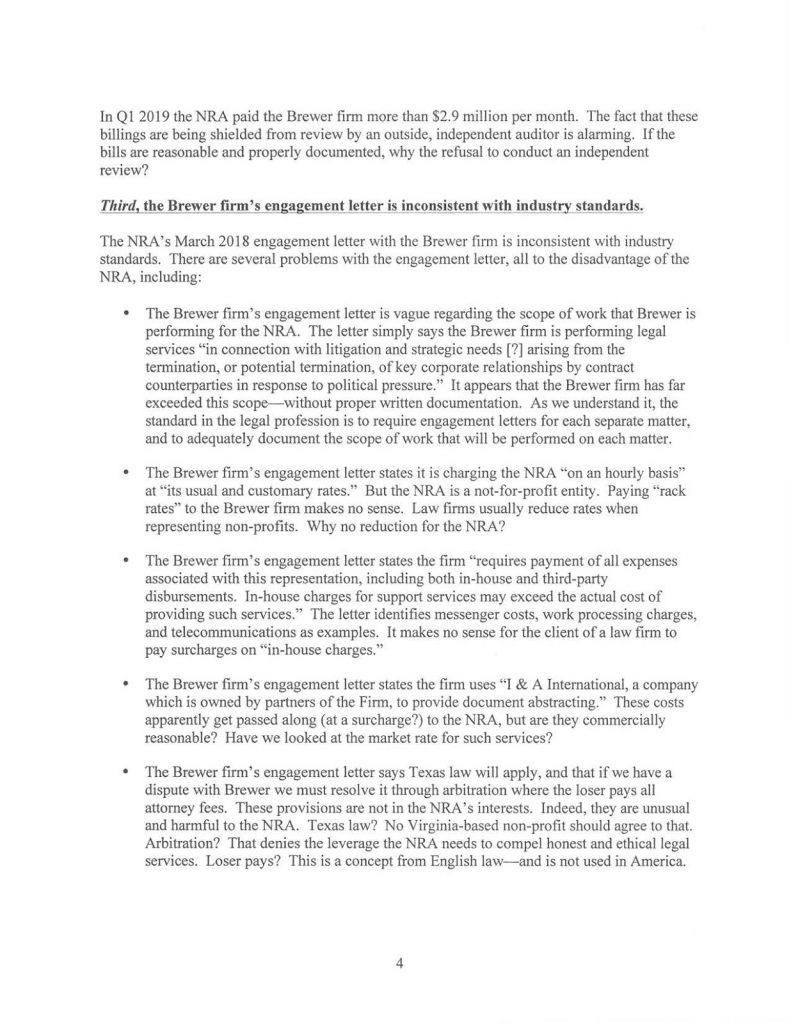 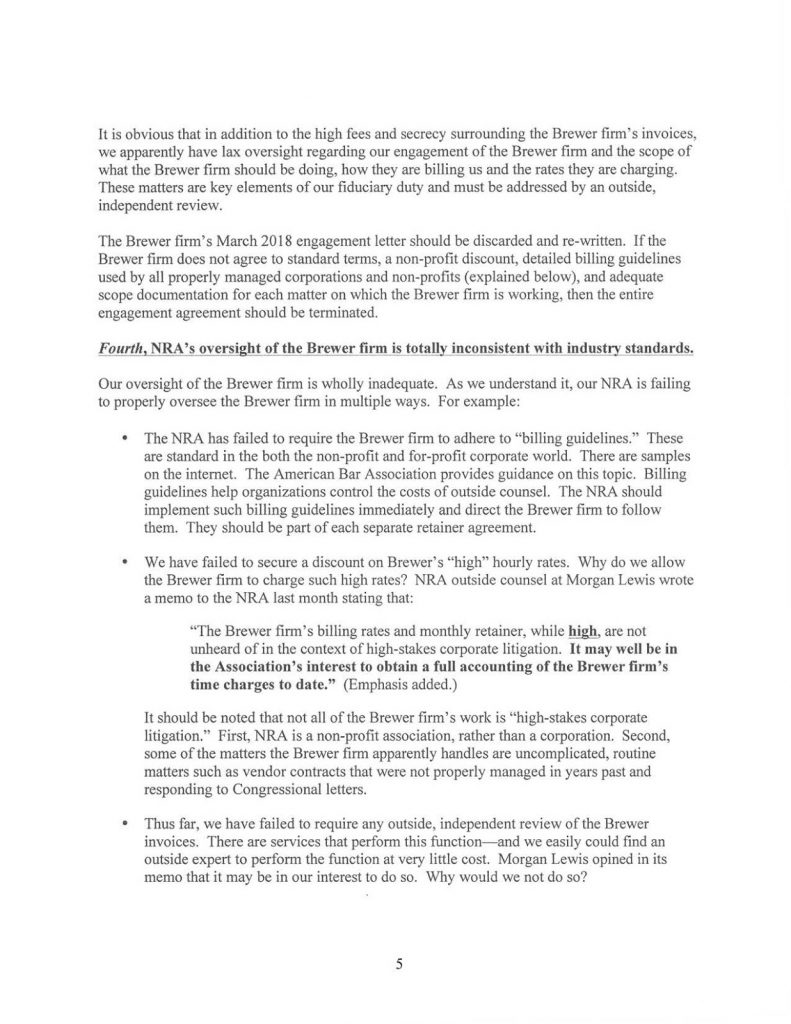 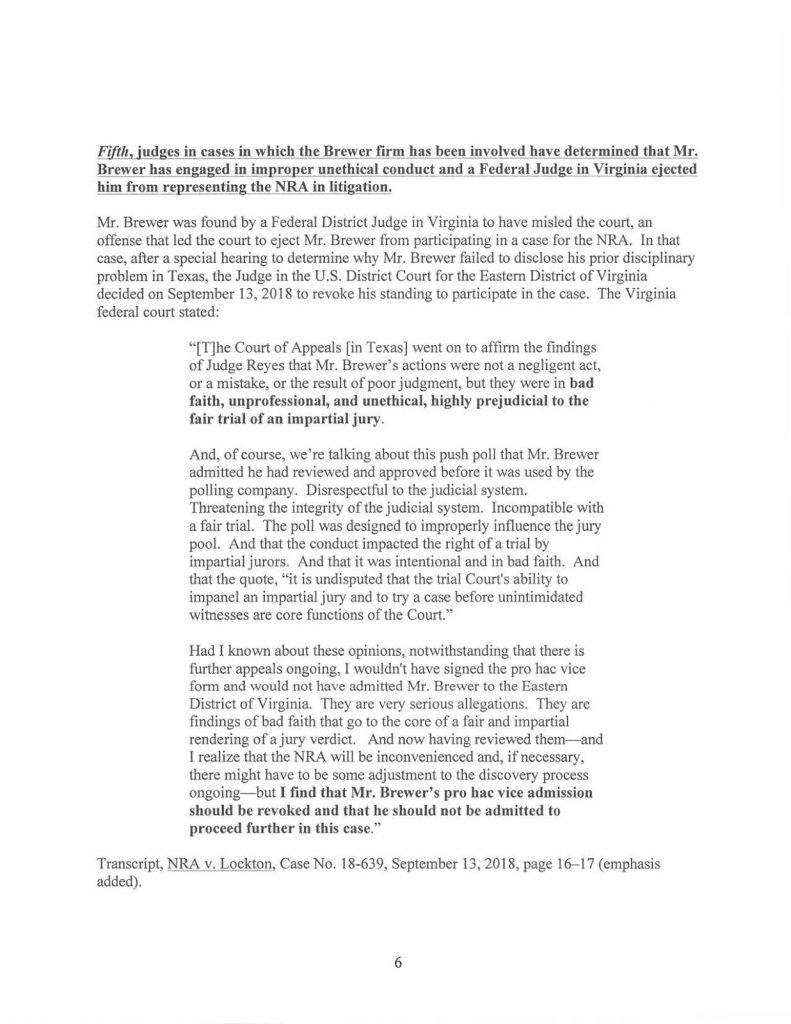 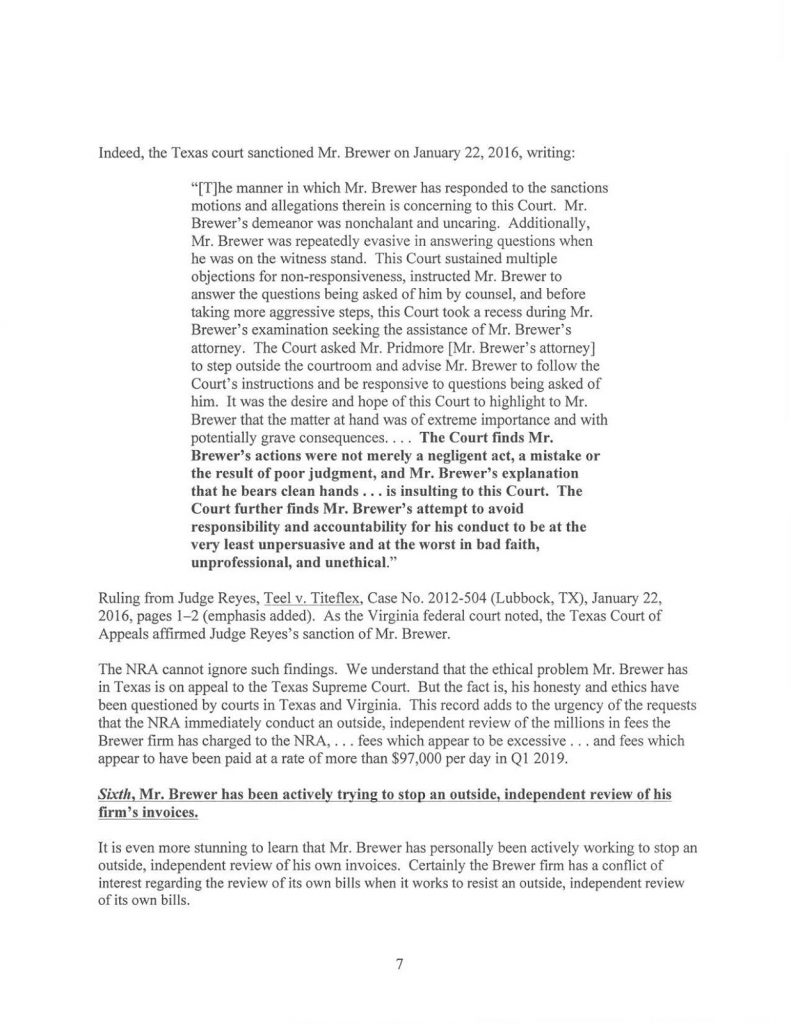 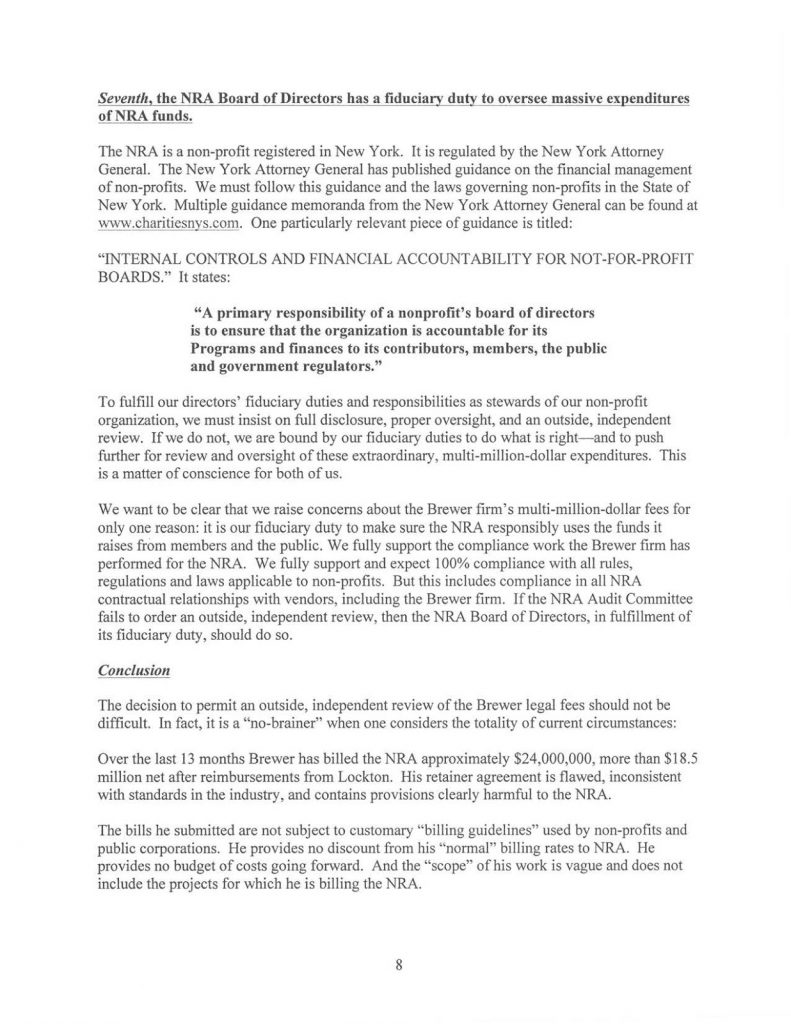 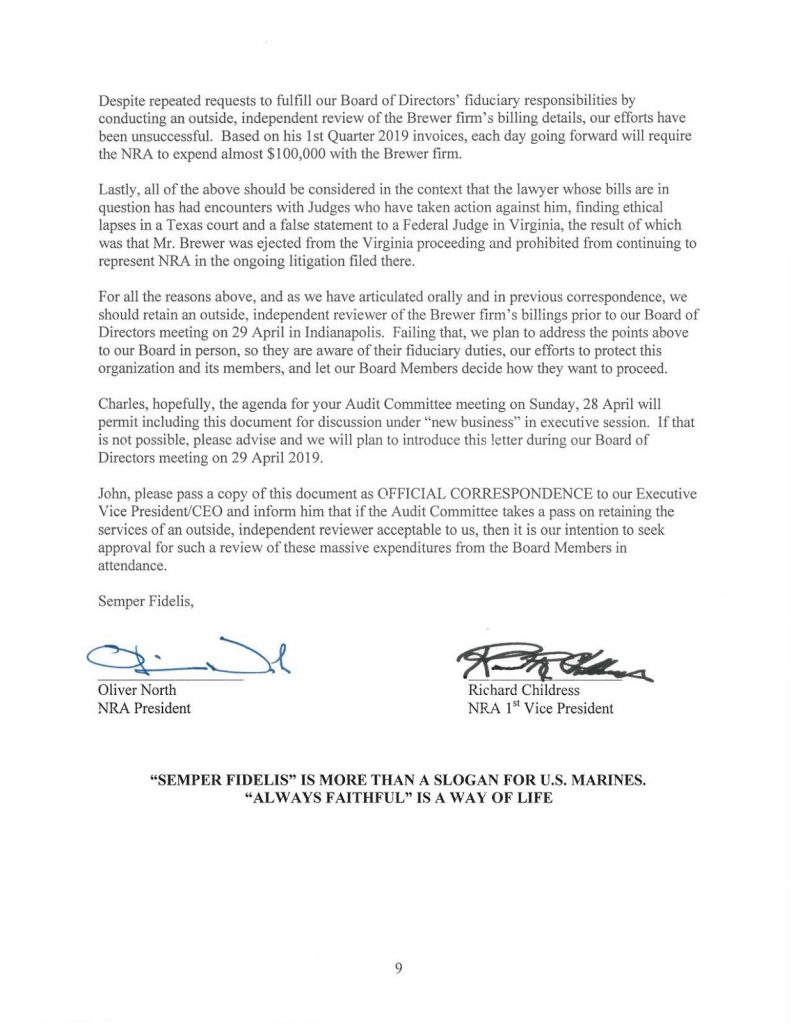