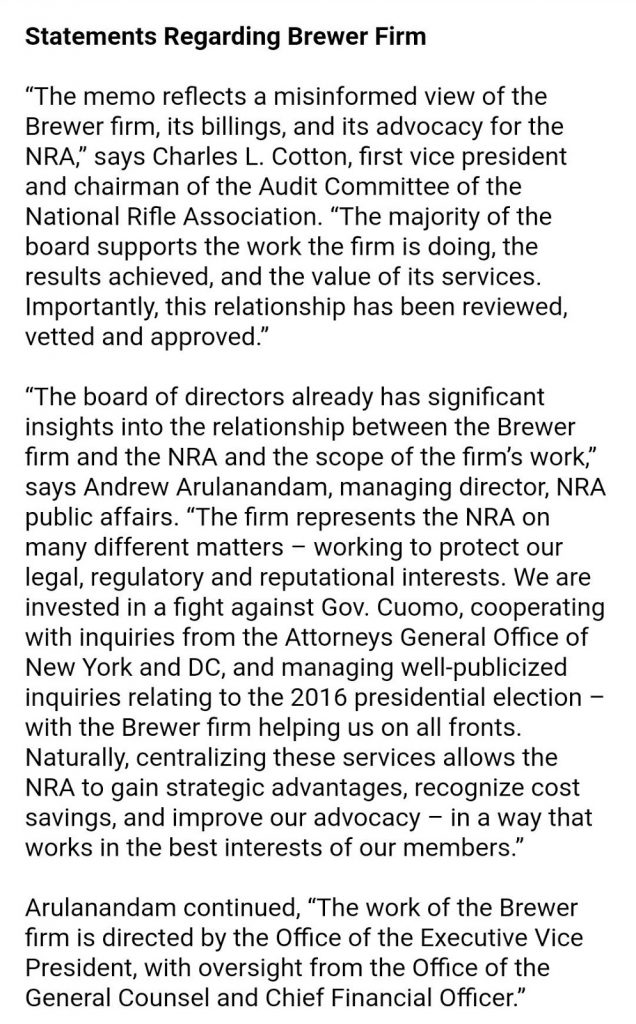 The response from Carolyn Meadows: 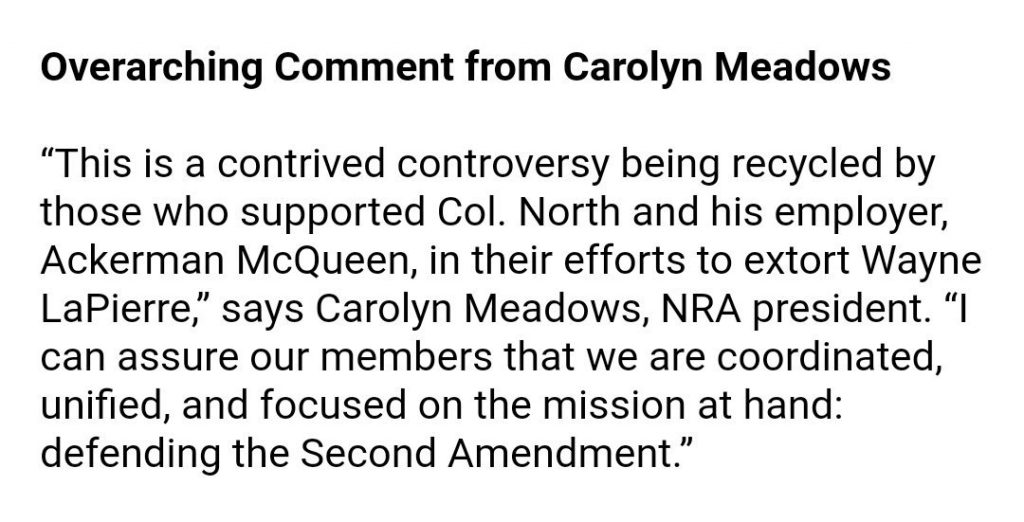 Both of these come courtesy of Stephen Gutowski of the Washington Free Beacon. He posted them on Twitter last night.

I seem to remember hearing or seeing a memo from Oliver North, Richard Childress, AND Carolyn Meadows which raised questions about the financial affairs. It seems that once she became president her views changed 180 degrees.

As to Brewer himself, if one were a conspiracy theorist, you would have a field day. Think about it: liberal Democrat lawyer, gives money to Beto and Hillary, AckMac son-in-law, worms his way into the confidence of the EVP of the NRA and starts a civil war within the organization in the run-up to the 2020 elections. Duplicity on this scale is worthy of a Vladimir Putin. Frankly, while some have suggested it, I don’t think Michael Bloomberg could have conceived on creating a mole like this.

One thought on “The Response”