In going through some of my Dad’s old papers, I found this from his second tour of duty in South Vietnam in 1970. He was serving as the First Sergeant for Co. A of the 554th Engineer Battalion (Construction). It is an inventory of equipment that was assigned to him as First Sergeant. What’s cool about it is that it lists the Pistol, Caliber .45, (Automatic, M1911A1) that was assigned to him including its serial number. As I know he didn’t get to keep it, I wonder what ever became of it. 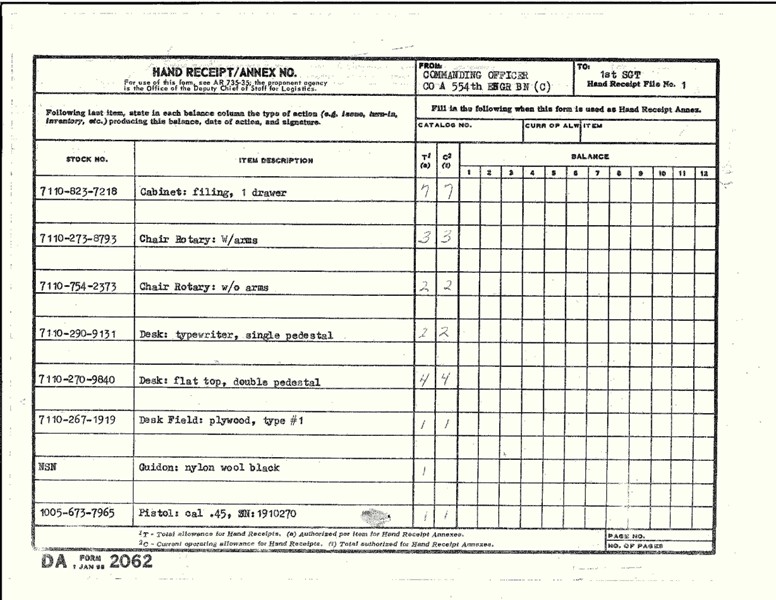 He was originally drafted into the Army in October 1940 and served during WWII. He rejoined the Army in 1953 and continued serving until he was medically retired in April 1972. I should clarify that his medical retirement was not due to wounds received in Vietnam but other health issues. At the time he was in South Vietnam with the 554th Engineer Battalion, he was 51 years old. He passed away in 1981 almost nine years to the day from when he retired.

So on this Memorial Day, I’d like to remember the service of my father and all the men and women who have served and are serving in our Armed Forces.

One thought on “On This Memorial Day”