If you are into post-apocalyptic fiction like I am, you know Jerry Ahern. He wrote a very popular series of books called The Survivalist which dealt with life after the US was nuked by the Soviets. This 27 book series began with Total War which was published in 1981. 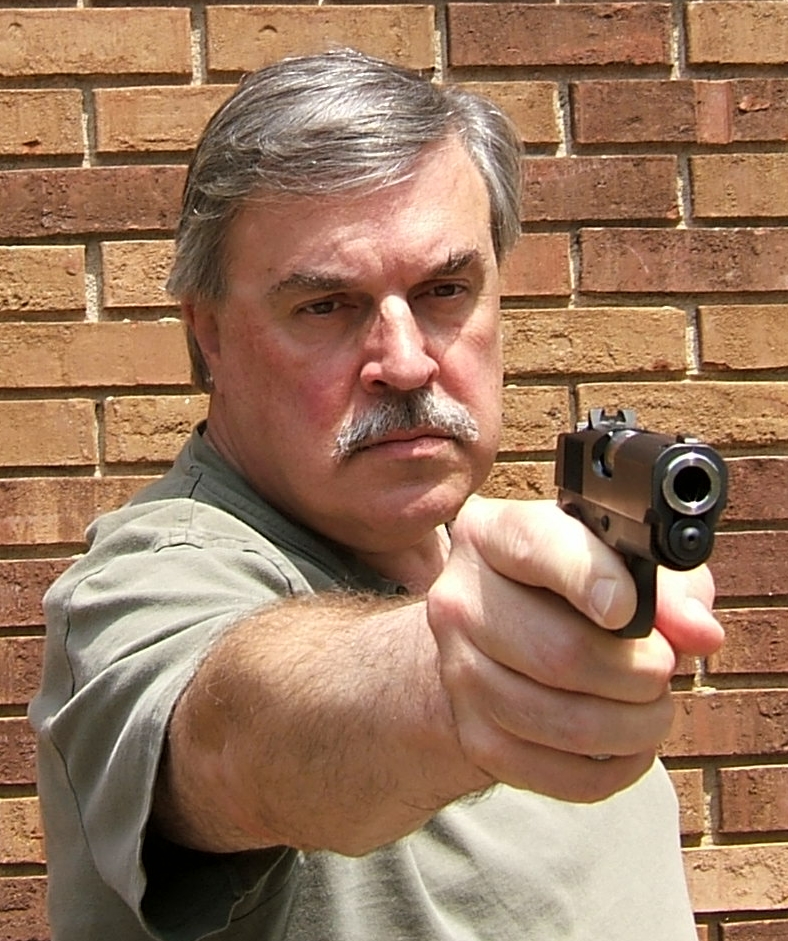 Jerry was a gun guy and you knew it if you read any of his work. His protagonist in The Survivalist series, Dr. John Thomas Rourke, didn’t just carry a .357 Magnum. He carried a Colt Python .357 Magnum that had been given the MetaLife treatment and was MagNaPorted. Rourke’s favorite pistol was the Detonics CombatMaster 1911. He didn’t just carry one of these in a shoulder holster but two of them along with his A.G. Russell Sting stilletto.

Jerry must have really liked the Detonics because he became president of Detonics in their third iteration, Detonics USA. He ran the company from 2004-2007 and introduced the StreetMaster which was a full-size slide on the compact CombatMaster frame.

Jerry also wrote a monthly gun review article for Dillion Precision’s The Blue Press. His last one appeared in the June 2012 issue. He also blogged occasionally at Downrange.tv.

Shortly after I began this blog I asked Jerry to read over it and give me his opinion of it. He very graciously did so. He thought it looked good and called it “eclectic” which I took to be a great compliment. Encouragement from writers like Jerry is vital in the early days of a blog and I’ll always remember his kindness in giving it.

Jerry died on Tuesday after a battle with cancer. He was only 66. His family released the following statement on Facebook yesterday.

FROM THE FAMILIY: We just wanted to let all of Jerry’s friends know that their kind thoughts and wishes over the last few months have been greatly appreciated. Jerry wrote about how to survive most of life’s disaters, but, unfortunately he was unable to survive cancer. He put up a very strong fight, as we all knew he would, but on Tuesday morning he was overpowered by the disease and passed away. Please keep our family in your thoughts and prayers and please always remember Jerry as the wonderful Husband, Father, Grandfather, and friend that he was.

Mr. Jerry Ahern, age 66, of Jefferson, passed away on Tuesday, July 24, 2012. Mr. Ahern was born in Chicago, ILL, a son to the late John and Arline Ahern. Jerry was an award winning, internationally known author of over 80 novels, including The Survivalist series, numerous non-fiction books as well as thousands of magazine articles. In recent years Jerry served as an editorial consultant. Additionally, Jerry was a strong supporter of the United States Constitution and Bill of Rights. Jerry had a strong Christian faith and led a vigorous and healthy lifestyle until a recent and aggressive cancer took his life. His positive and never give up attitude, as well as a good sense of humor, were a part of his day to day throughout. Jerry was deeply cherished and loved by his family; all those that knew him loved him. He had a strong devotion to his family.

A private family Memorial Service will be held on a later date.

With Jerry’s passing, we have lost another one of the good guys. Please keep his wife and family in your prayers.

UPDATE: Another remembrance of Jerry from Survival Weekly.