I read an article last year about the use of social network analysis to find linkages. The article was by sociologist Kieran Healy of Duke University. It was discussing how the British in 1772 Boston could have used metadata against growing rebel movement. Using membership in various organizations, Healy found that the key person linking all the groups was Paul Revere. The article was written to illustrate just how such metadata as that collected by the NSA could be used. 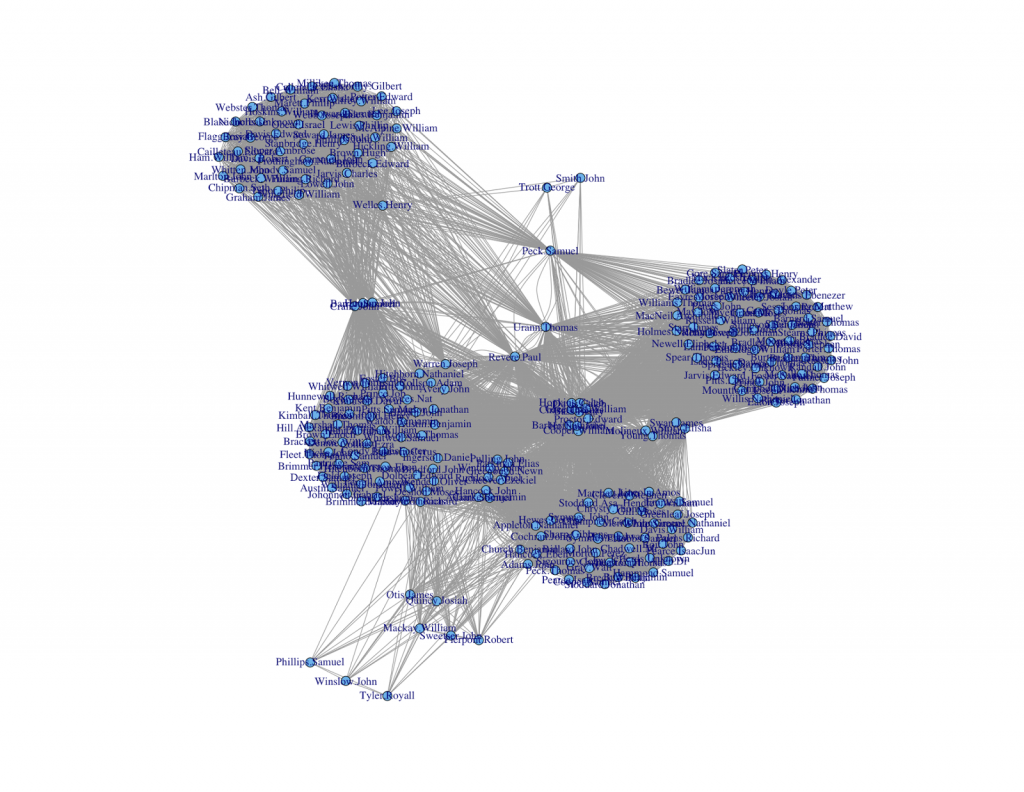 Healy’s article got me to thinking about how we in the gun rights movement could use social network analysis to map out the gun prohibitionists and their networks. While we all know about Michael Bloomberg and his money, what if there is someone else who actually plays the same role as Paul Revere in linking the various groups. I hesitate to call it a movement as gun control is a top down phenomenon and not one from the grassroots.

As a secondary project, I think this type of research could also be used to map out the legal networks that are supporting the Brady Center and its Legal Action Project among other organizations. Actually, that may be the place to start as the dataset would be smaller.

I know there is tons of software out there that allows social scientists to do the analysis. I have found Gelphi which is free as is UCINET and SocNetV. While I would like free, cheap would also do. Does anyone have suggestions about the software? Along those same lines, are there books or articles you’d suggest to give me a grounding in social network analysis?

Second, what factors would you use in the analysis? Name and current organization are obvious. Would you use education, former organizational members, e.g., Obama for America, or some other factor?

Third, what would you use as a source of information? I’m thinking the gun prohibitionists’ websites, LinkedIn, and Google.

If there is someone already doing such research, do you know of it and could you put me in touch with that person or person?

Any help here would be greatly appreciated. Please leave a comment below or email me at jpr9954 AT gmail DOT com.

UPDATE: Hognose at WeaponsMan blog has begun significant work on mapping out the gun control network. His latest post on it is here. A pdf of the network is here.

Given that, I think I will be restricting my work to the gun controllers’ legal network of big law firms, the Brady Center, the Law Center to Prevent Gun Violence (sic), and personal injury lawyers. There is more than enough there to get a good start.

5 thoughts on “Bleg: Any Social Network Analysis Experts Out There?”