I was in Sam’s Club last week and saw this display for a Garmin GPS unit. They promise pre-loaded maps for the lower 49 states. So is the 49th state Alaska or Hawaii?

Perhaps we just incorporated Canada as one big state. I wouldn’t be surprised that the Obama Administration would have Canada as one state because then it would be bigger than those awful large red states of Texas and Alaska. 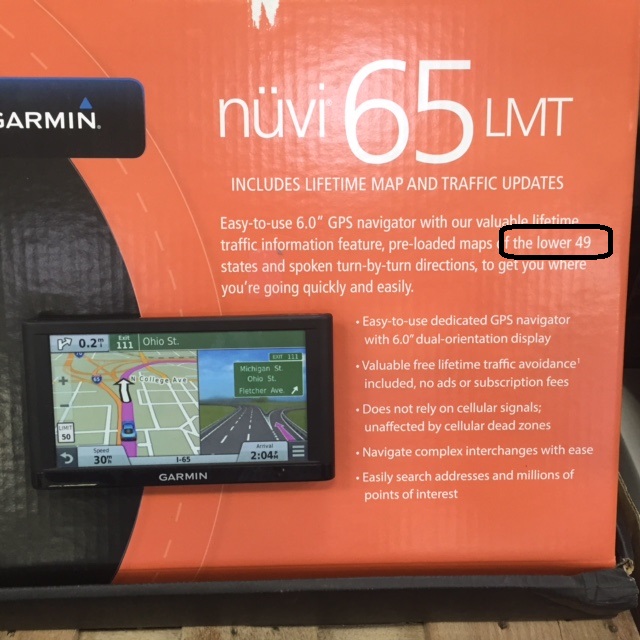