As we go through life we all have rites of passage. It might be a momentous occasion such as our graduation from high school or college, our wedding, or, sadly, the death of a parent. Rites of passage can also be simpler things such as our first kiss or our first hit in Little League. 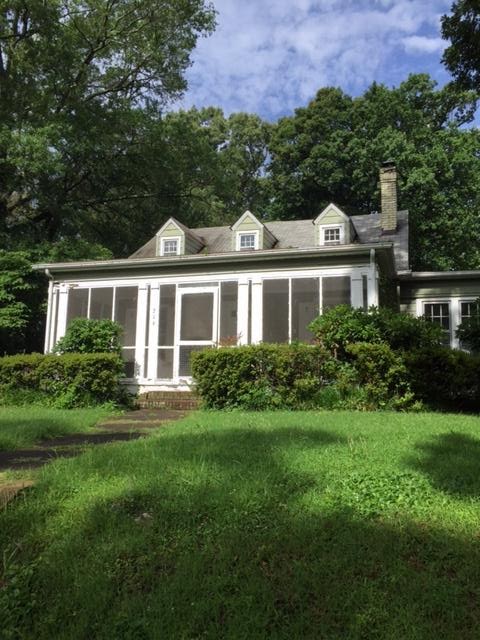 I had such a rite of passage on Friday:  I closed on the sale of the house I grew up in. The house had been in the family for just a few months short of 51 years.

My mom bought the house in September 1966. She had been looking for a house in the Sunset Hills neighborhood of Greensboro for years and finally found one in her price range. Her goals in buying this house were to cut down on her commute to the high school where she taught and, more important in her mind, to allow me to walk to Our Lady of Grace School which was a mere 1 1/2 blocks away. She also wanted me to be in a neighborhood where there were a lot of kids my age with which to play. I just didn’t have that in Asheboro.

I was nine and had just started 4th grade when we moved in. My grandmother soon joined us as the stairs in her house in New York were getting to be too much for her. She would live there until she passed away in the house in 1972.

This house was my permanent residence until I left for grad school in Chapel Hill in 1979. Even then I would come back many a weekend to see my mom or just hang out. My mom lived there until her dementia and another broken hip made it impossible. Save for the occasional renter and my sporadic visits, the house sat empty for the last number of years.

Given all the things this house saw, I have been asked whether I am happy or sad about selling the house. Actually, I am quite happy. Aaron, the new owner, is excited about buying the house and he loves the fact that basics of the house have not changed since it was built in 1927 (or so). Aaron has plans to make this a home for he and his partner and I think it will be the showplace that I had neither the time nor the inclination to make it. He will transform something that was becoming a burden for me into a source of joy.

So goodbye old house. Protect Aaron and his partner from the elements and give them another 50 years of memories just as you have given them to me.

One thought on “A Rite Of Passage”