This is the day that we honor those who died in service of our great country. It started out, if historians are to be believed, with Southern women decorating the graves of Confederate veterans in Warrenton, Virginia in 1861. It spread through the South during the Civil War and to the North after the war. Decoration Day, or Memorial Day as we now call it, did not become an official holiday until 1966 when LBJ signed a proclamation establishing it.

I am in the midst of reading Ian Toll’s The Conquering Tide: War in the Pacific Islands, 1942-1944. It is part of his trilogy on the war in the Pacific during WWII. I have just finished the part about the battle for Tarawa. The battle for the atoll was, to steal a line from Thomas Hobbes, nasty, brutish, and short. The Marines lost over 1,000 men killed in action over the space of about three days. Much of that was due to both geography and the fierce resistance of the well-fortified Japanese defenders who died almost to the man. At the battle’s end, there were only 17 Japanese left to become POWs.

What struck me as I read about the assault on the atoll was the bravery of the Marines. Many of them had to wade in to the beach through neck deep water because their landing craft grounded on the coral reef. They kept going forward exposing more and more of their bodies as men were being killed all around them. Going forward into the battle while those all around you are falling is the very definition of bravery. These are the men who I will be remembering on this Memorial Day. 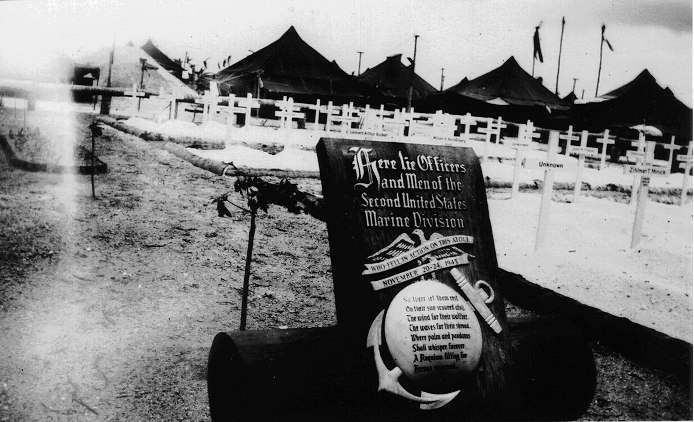 If you want to see actual footage from the battle, the National Archives put together this short film from pictures and film shot by the combat photographers of the 2nd Marine Division.