Here is what I found when I went to the website. 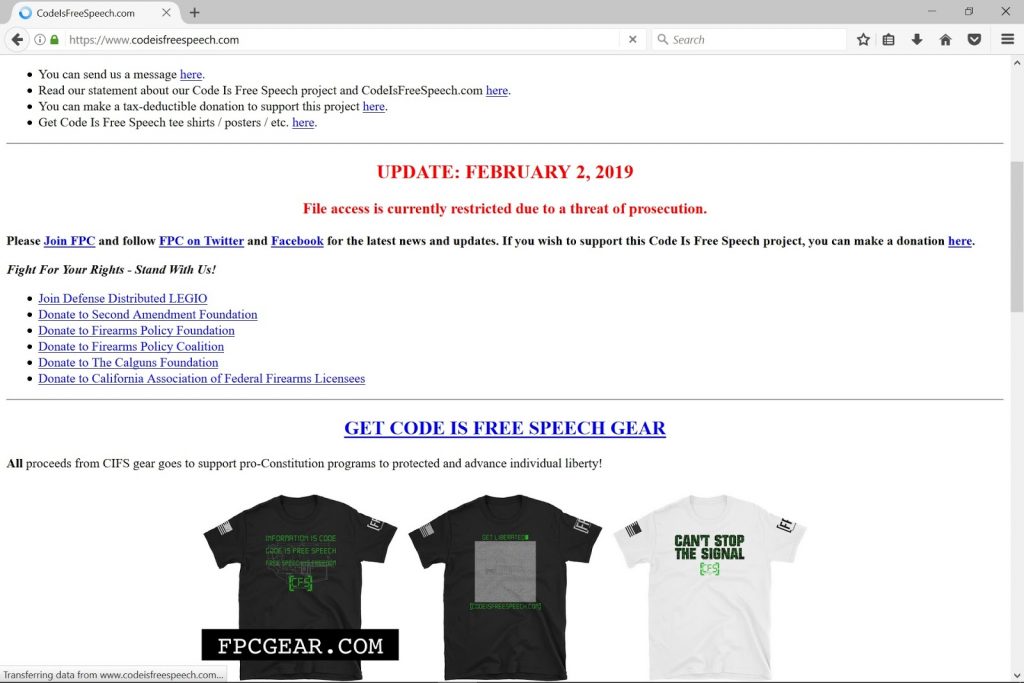 It says that file access was being restricted due to a threat of prosecution. I don’t know which government entity is threatening them and infringing on the right of free speech but I’m sure we will find in the near future.

As an aside,  I sat next to two guys from Defense Distributed on part of my trip home from the SHOT Show. They told me that the Ghost Gunner 2 mini-CNC machine would now be able to finish the Polymer 80 Glock-ish 80% lower as they had released the code to do it.