I was looking over an auction site when I stumbled across this really funky looking carbine. 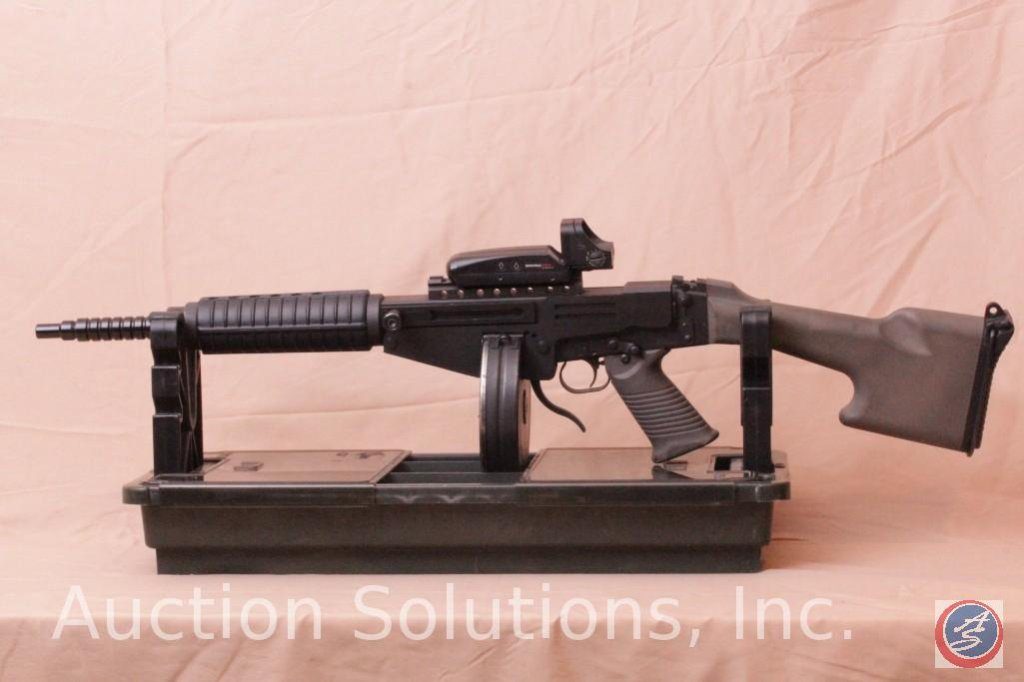 It is listed as a Masterpiece Arms MPA971x1A 9mm carbine. It comes with a 71 round drum magazines and the Bushnell HoloSight. 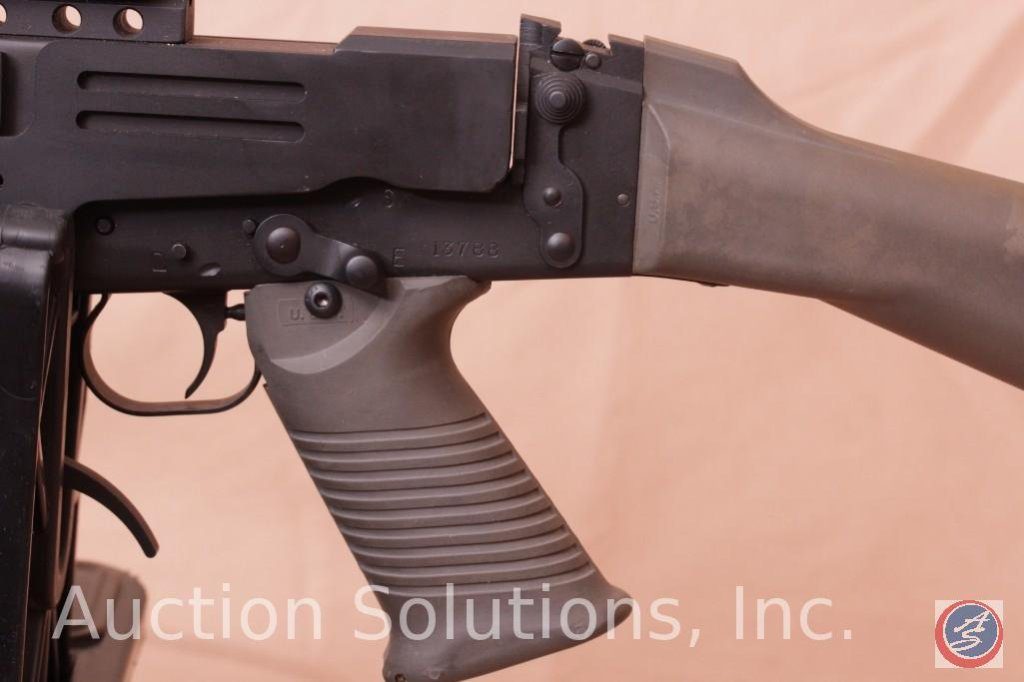 Doing a search on this, it appears that it is indeed a FN FAL lower. The upper is derived from the MAC 11 and the drum is from a Finnish Suomi SMG. According to this old post in The Firing Line, the carbine weighs almost 17 lbs! The original poster said he put 600 rounds through it without a single malfunction. It may be ugly but it does sound reliable.

I may bid on it just for the heck of it. If I won it, I’d have the satisfaction of knowing no one had a similar carbine in a three state area. Heck, make it a four state area if I pick the states correctly.